The cheap...I mean "thrifty" accountants are too chea...thrifty to pay for more than four episodes at a time, so if you missed an earlier episode, email us at admin@radiofreecatlandia.com. Let us know which episodes you want and we will email them to you...f.o.c., of course...uh...free of charge.

Posted by RadioFreeCatlandia at 7:47 AM No comments:

Email ThisBlogThis!Share to TwitterShare to FacebookShare to Pinterest
Labels: Podcast

Once more unto the breach, dear friends, once more... 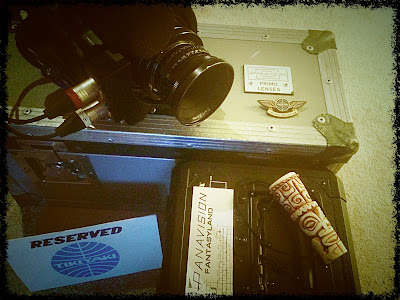 Posted by RadioFreeCatlandia at 6:23 AM No comments:

The Urban Archaeology of Disneyland

...as seen in "Tiki Magazine and More" 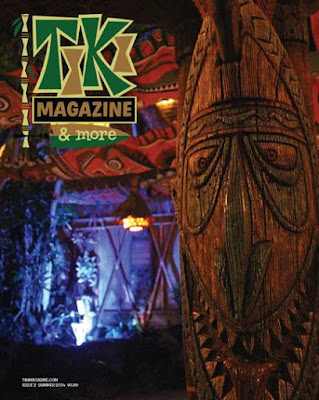 “Disneyland will never be completed. It will continue to grow as long as there is imagination left in the world.”, Walt proclaimed on opening day, July 17th 1955. Words that echo through the Park to this very day. Disneyland is an ever changing, organic landscape that can change subtlety or drastically between each visits. There was a time when the Disneyland policy was rumored to be “one new attraction in…one old attraction has to go”. So seemed to be the pattern for more than half of a century. However, for us “urban archaeologists”, that’s where the fun begins. Remnants and artifacts of past attractions can be found all over the Park, sometimes contained in the very attraction that had replaced them. You just have to now where to look….or look closer. 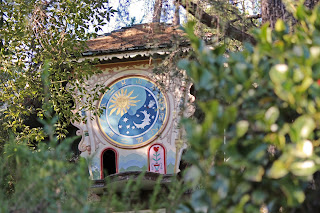 The Skyway to Tomorrowland/Fantasyland - Long rumored to have gotten eighty-sixed because someone fell to their death (never happened)…I believe the real reason to be much more interesting. In 1959, the Matterhorn attraction opened. The mountain was built directly in the path of the Skyway and around it’s center support beams. In 1994, it was realized that this very support beam was badly in need of refurbishment. Unfortunately, the only way to do that would be to tear down the Matterhorn. The decision was made to retire the Skyway, but to this day, the Fantasyland station still stands…abandoned and decaying just behind and to the left of Casey Junior’s Circus train. However, the Fantasyland station isn’t the only remain evidence of the lost Skyway. A square planter right in the middle of the Mr. Toad’s Wild Ride cue was once where one of the pylons stood. In Tomorrowland, right between Innoventions and the Tomorrowland Railroad station is all that remains of the Tomorrowland Station…the “Stairway to Nowhere”. The original parking lot- For decades before California Adventure existed, the main parking lot was located directly in front of the Main Entrance. When Indiana Jones and the Temple of the Forbidden Eye was created, part of that original parking lot had to be destroyed. More specifically, the “Eeyore” section of the parking lot. Fortunately, the good folks at the Happiest Place on Earth pay homage to the fallen parking lot within the Indy attraction. Tucked behind the projector in the boarding instruction room, Eeyore still enjoys the daily crowds of guests. 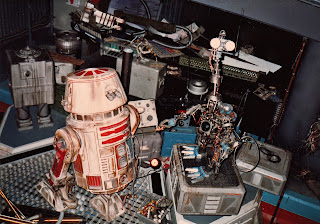 America Sings – Most people know that the majority of the population that once sang their way through history on America Sings have now taken residence inside Splash Mountain. What you may not realize is that one of the singing geese from America Sings’ barbershop quartet didn’t move that far away from the rotating building. One of the pre-fab four is over in Star Tours. The little robot that scans you as you wait in the cue is that goose…without his “feathers”. (Of course, Star Tours itself sits on the former site of “Adventures thru Innerspace”…but that is a story for another day). 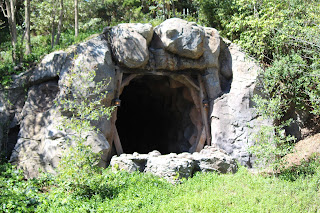 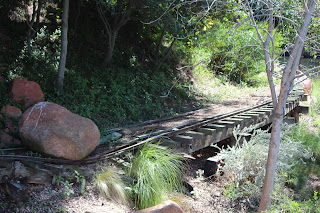 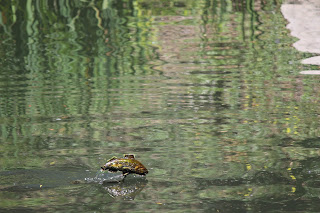 Mine Train thru Nature’s Wonderland- From the early 1960’s to the end of the 1970’s, the area now occupied by Big Thunder Mountain Railroad, Big Thunder Trail and part of the Rivers of America was a huge, sprawling attraction called Mine Train through Nature’s Wonderland. A slow moving mine train, similar looking to the one on Big Thunder Mountain, took guests on a tour of America’s wild country. From Beaver Valley and Bear Country (no relation) to the Painted Deserts. About halfway through your tour, your mine train goes through a rock tunnel and over Beaver Valley where you were treated to the sight of animatronic bears, frolicking in the water. Mechanical trout leaped out of the water as the bears swam and played. Today, over thirty years later, the tunnel can still be seen behind the Big Thunder Mountain Railroad on the path leading to Fantasyland. If you are lucky, you can still see the jumping trout, though sadly, the bears are long gone. For many years, one of the mine trains sat decaying on the side of the Rivers of America. Guests of the Mark Twain Steamboat or Sailing Ship Columbia would be able to see it across from Tom Sawyer’s Island. Sadly, the train was removed a few years ago…now all that remains on that side is a piece of the old train track. It can be seen just as you approach the dock. 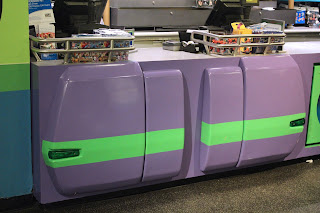 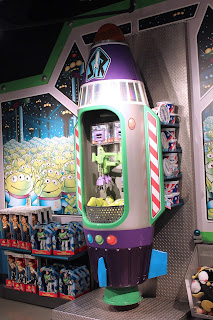 Tomorrowland – The 1998 “reimagining” of Tomorrowland was Disneyland’s disaster-piece. Once joining the Skyway in the skies above the “world of tomorrow…today” were the popular Rocket Jets and the classic Peoplemover. Both were removed. The Peoplemover was replaced by the ill-fated Rocket Rods and the Rocket Jets were replaced with…well…nothing. The similar Astro-Orbiter can be found at the entrance to Tomorrowland, but in the original, high above Tomorrowland space of the Rocket Jets…nothing. For better or worse, you can still find evidence of the two classic attractions. In the Little Green Men Store Command gift shop, old Rocket Jets are being used and shelving for merchandise. In the same store, the cashier’s counter is covered with the siding of the Peoplemovers. 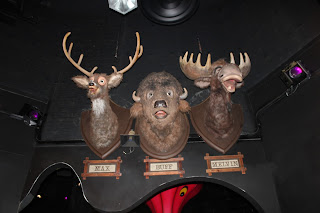 Country Bear Jamboree- The Winnie the Pooh attraction seems to leave destruction in it’s honey-soaked wake. First in 1999, Mr. Toad’s Wild Ride in Walt Disney World in Florida falls prey to it’s seemingly innocent ways. Then here in Critter Country (formerly Bear Country) in 2003, the home-town favorites, The Country Bear Jamboree is also replaced by Winnie the Pooh. Three of the Country Bear Jamboree’s most famous characters did refuse to move out of the theater and can still be seen inside the Winnie the Pooh attraction. Just after you leave Pooh’s psychedelic fever dream sequence and pass through the doorway to the next room, look behind you and up. Max, Buff and Melvin are still hanging around.

There so many more artifacts that remain to be discovered…some are hiding in plain sight. So the next time you are exploring the Park, look a little closer and you just might uncover some of Disneyland’s rich and interesting past.

Posted by RadioFreeCatlandia at 6:25 AM No comments:

Aloha from the shores of Lake Catlandia!

Everyone at RadioFreeCatlandia.com would like to welcome the readers of "Tiki Magazine and More". Enjoy your stay. 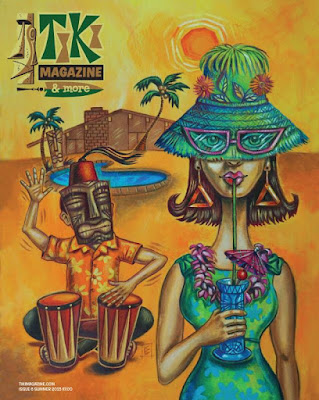 Posted by RadioFreeCatlandia at 5:42 AM No comments: